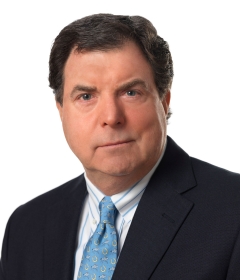 Why It Matters — And Will VW Ultimately Have To Buy Back Cars?

Earlier today, a German Newspaper Sueddeutsche Zeitung reported that Volkswagen AG (VOWG_p.DE) is likely to buy back 115,000 cars in the U.S. This could also be good news for area VW Diesel owners, although it is too early to accurately predict the outcome of the lawsuits.

Strauss Troy had filed lawsuits on behalf of Greater Cincinnatians who own Volkswagen diesel cars. The suits were filed in state court in Clermont County, Ohio, Warren County, Ohio and Kenton County, Kentucky. They were filed in state court because they could be handled on an individual basis and provide an individual remedy for deceived Volkswagen diesel owners.

“Volkswagen then falsely claimed that Federal Courts had jurisdiction over the cases and attempted to move them to Federal Court in California to be part of class actions with tens of thousands of other cases,” Parry said. “The Federal Courts in Kentucky and Ohio have determined that Volkswagen is wrong again. The cases filed by Strauss Troy do not belong in Federal Court and have been transferred back to the state courts where they started.”

“There are advantages to an individual lawsuit,” said Strauss Troy Attorney Ron Parry. “Deceived VW owners can maintain individual control over the manner in which their lawsuits are handled and resolved. This may be far better than waiting to hear from class action attorneys in California, representing thousands of car owners, and who may have no contact with any individual VW owners until after the case is already settled.”

VW owners can have their claim evaluated by Strauss Troy at no cost. VW diesel owners can call 513-621-2120 or learn more about the recall and learn their rights.