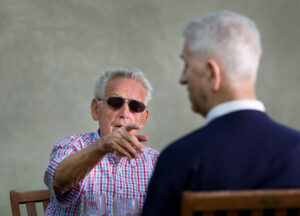 Defamation can be broadly defined as a false statement that injures a person’s reputation, business, or profession. But how you say something can be just as important as what you say.

Ohio’s defamation law recognizes this truth. The context and circumstances in which you say something matters, and whether a statement conveys an opinion or fact can make the difference between actionable defamation and constitutionally protected free speech.

It’s easy to take offense when false criticisms go too far. But a critical piece of any defamation claim is that the words used must be given their common and ordinary meaning. Words that lack a precise meaning or that are “loosely definable,” are not ordinarily defamatory. Rothschild v. Humility of Mary Health Partners, (Ohio Ct. App. 2005). Ohio also applies an “innocent construction rule,” which states that where a vague statement is susceptible to two different meanings, the defamatory meaning should be rejected. Van Deusen v. Baldwin, (Ohio Ct. App. 1994).

Another critical piece of defamation law is that personal opinions are generally excused as free speech.

Ohio’s totality-of-the-circumstances test determines whether a statement expresses a fact or opinion. This test looks at the specific language used, whether the statement is verifiable, the context of the statement, and the broader social context in which the statement was made. Hout v. City of Mansfield, (N.D. Ohio 2008).

For example, if a speaker states that he or she has knowledge or evidence to substantiate a statement that can be easily verified, then the statement will be considered fact rather than opinion. The tenor of a statement and other accompanying statements also matter. When a statement is accompanied with subjective hyperbole, as opposed to objective facts, the statement is more likely to be considered an opinion. The broader social context is also important. Referring to a football player in the arena of sports as “violent” and “crazy,” can be perfectly acceptable and common, but using the exact same language to refer to a CEO in the business world is out of bounds.

The ultimate test is whether a reasonable person overhearing the statement would view it as a subjective opinion or verifiable fact.

Unfortunately, the line between fact and opinion can be blurry, and proving the difference to a judge can be demanding, especially where the Ohio Constitution gives every citizen the right to speak freely and publish his or her opinions.  Whether one is a victim or an accused “defamer,” hiring an attorney experienced in the intricacies of defamation law is the most significant step in successfully resolving any defamation claim.