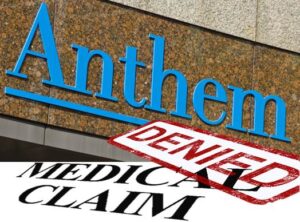 A Bowling Green, Kentucky, resident has filed a lawsuit against Anthem Health Plans of Kentucky, alleging that the insurance carrier is refusing to cover the prescription drug Harvoni® — an FDA-approved medication that could save his life. The Anthem decision is contrary to recommendations from the patient’s doctors.

The Plaintiff, who suffers from chronic Hepatitis C, has been prescribed Harvoni® by two of his physicians – both highly-regarded liver specialists – yet Anthem continually denies coverage, claiming that the drug is not medically necessary. According to one of Plaintiff’s doctors, the Plaintiff is now in a “life threatening” state because of Anthem’s actions.

“If your treating doctor recommends a drug that is likely to cure your disease, it should qualify as medically necessary treatment.” Attorney Parry said. In April 2015, Phase 2 clinical studies, by manufacturer Gilead Sciences, Inc. (Nasdaq: GILD), found a 91-96% cure rate for patients on the Harvoni protocol for 12 weeks.

“By refusing to pay for medications, Anthem is making life and death decisions for its insureds,” said Breen. “It’s overriding the decisions of highly-skilled medical professionals, all for the sake of profit.”

The Hepatitis C virus is spread through blood contact and attacks the liver. Between 3.2-7 million people are estimated to be infected in the U.S. and 70 percent develop chronic disease. Advanced cases can be deadly due to cirrhosis progressing to liver cancer, according to an Everyday Health interview with Alexander Kuo, MD, Associate Clinical Professor of Medicine, Director of Hepatology, and Medical Director of Liver Transplantation at the University of California San Diego Health System.

“This lawsuit is about an issue that is vitally important to all Kentuckians,” stated Parry. “Should your health and well-being be decided by your doctors, or by your insurance claims adjuster? Cost shouldn’t prevent receiving coverage for the drug.”

“Anthem has breached its implied covenant of good faith and fair dealing under Kentucky law,” said Breen. “The Plaintiff should be permitted to recover his actual and punitive damages, as determined by a jury.”

The Complaint, which was filed in Jefferson County, Kentucky, Circuit Court on November 3, 2015, claims that Anthem Health Plans of Kentucky has caused the Plaintiff’s condition to progress, such that his disease is now at stage IV and jeopardizes his life.

If you or a loved one has been denied coverage for Harvoni by Anthem Health Plans of Kentucky, you are entitled to a no-cost case evaluation.

To learn more about your rights, schedule a consultation.