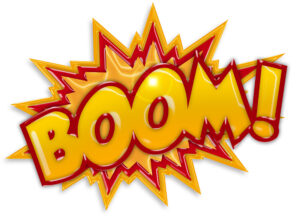 As Frankel points out, “The other reason why this case was notable is more abstruse, but ultimately of bigger consequence than Jack Kirby’s rights to characters he helped create: Can freelancers reclaim copyrights to work they sold before the Copyright Act of 1976 took effect?”

At the heart of Kirby’s claim is the idea that as a freelance writer, his creations should not be considered a work-for-hire. His attorneys presented evidence that he worked from home for piecework pay, bought his own supplies, didn’t get health insurance, didn’t have taxes withheld by Marvel. He didn’t get paid for work Marvel didn’t like, and they didn’t object when he shopped his work to competitors instead. Ironically, if Kirby had merely created and assigned his work to Marvel for a pittance in the late 50s and early 60s, he would currently be eligible to terminate that assignment under Section 304 of the US Copyright Act.

Multiple amicus briefs urged the Supreme Court to hear the Kirby case. The test that the 2nd Circuit applied to determine whether Kirby’s drawings were work-for-hire that belonged to Marvel will deprive countless freelance writers and artists of any shot at sharing in the long-term success of work they sold before the 1978 effective date of the 1976 law, according to the Reuters report.

Congress rebalanced rights when it spelled out what constitutes work-for-hire in the 1976 law, however, this left questions about works that predate 1976 and enabled creators to reclaim their rights after 56 years.

The 2nd Circuit’s ruling last year in the Kirby case reached the same conclusion. The appeals court granted Marvel summary judgment, holding that Kirby was working at Marvel’s direction and expense. And as a result of the settlement between the Kirby heirs and Marvel, that decision will remain the last word on independent contractors’ rights to pre-1978 work.

A recent settlement was announced just before the Supreme Court was to discuss the Kirby case ending the battle between Kirby and Marvel. Had the High Court ruled in favor of Kirby, it could have triggered a massive claim for royalties on already made movies like 2008’s Iron Man, 2012’s Avengers and this summer’s hit, Guardians of the Galaxy, which included characters of Kirby’s creation. Given that royalties on several billion dollars in box office earnings were at stake, the surprising part is not that Marvel settled, but that they didn’t settle sooner. Unfortunately, their deal leaves intact bad precedent for other independent contractors who want to take back the rights to their old work.

The recent settlement in the Kirby case ends the epic dual between Kirby and Marvel, but doesn’t leave independent contractors who want their rights back a clean path.