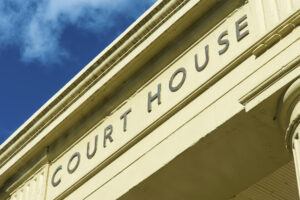 Unlike Ohio, federal law has long required a plaintiff with an employment discrimination claim to “exhaust” administrative remedies before filing suit. Accordingly, in federal court a plaintiff risked dismissal of an action if he or she jumped the gun. The Act now places the same requirement to exhaust administrative remedies on Ohio plaintiffs, with very limited exceptions. To satisfy this requirement, an Ohio plaintiff bringing a claim for a violation of O.R.C. 4112.02 must file a charge with the Ohio Civil Rights Commission (“OCRC”) and have one of the following occur: (1) the plaintiff receives a notice of right to sue, (2) the OCRC fails to issue a timely notice of right to sue, or (3) the OCRC determines that it is probable that an unlawful discriminatory practice has occurred. Without satisfying this requirement, Ohio plaintiffs run the same risk of dismissal as their federal counterparts.

The Act also adds new defenses to hostile work environment claims by codifying what has become known as Faragher-Ellerth defenses (named after two Supreme Court of the United States cases in which the defenses were originally set forth). Now, Ohio law provides a defense to employers in hostile work environment claims where the employee didn’t suffer a tangible employment action, when the employer can prove that: 1) it exercised reasonable care to prevent or promptly correct any sexually harassing behavior and 2) the employee alleging the hostile work environment unreasonably failed to take advantage of any preventative or corrective opportunities provided by the employer to avoid the harm. An employer will also need to demonstrate that it had an effective harassment policy and properly educated employees about the policy and complaint procedure.

This article provides a snapshot of the Act. If you have a specific question about the Act, or any other labor and employment law issue, please Strauss Troy at 513-621-2120.

Alex S. Rodger’s diverse practice focuses on a wide range of commercial and business litigation. He has extensive trial experience, having tried jury and bench trials involving a variety of legal issues. Alex has been recognized for his advocacy by Super Lawyers and the Ohio State Bar Association. In 2015, Alex was one of two lawyers in the state of Ohio to receive the prestigious Rising Litigator Award presented by the members of the litigation section of the Ohio State Bar Association. Alex has been recognized as a 2019 Rising Star in Business Litigation by Super Lawyers. He can be reached at asrodger@strausstroy.com or 513-621-2120.

R. Austin Stevenson focuses his practice on general corporate and business law, litigation, labor and employment, and real estate. Originally from Wheelersburg, Ohio, he earned his bachelor’s degree in Political Science from NKU and his law degree from University of Kentucky College of Law. He can be reached at rastevenson@strausstroy.com.