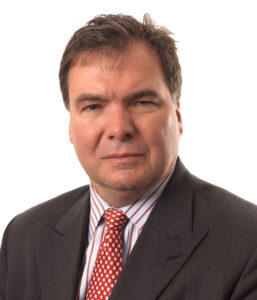 Strauss Troy Attorney Bill Coley was recently sworn in as the Ohio State Senator for the 4th District (R-Liberty Township). First appointed in 2011, Coley presided as Chairman of the Senate Standing Committee on Government Oversight and Reform. He previously served four terms in the Ohio House of Representatives’ 55th District, where he was named Chairman of the House Financial institutions, Housing and Urban Development Committee.

“Ohio has seen its fair share of difficult times over the past decade, but I am proud of the great progress that we have made in the Statehouse,” said Coley. “With a balanced budget, lower income taxes and reduced regulation, we have been able to see our unemployment rate drop more than 2 percent in just 2 years.”

As an attorney at Strauss Troy, State Senator Coley represents a variety of clients in banking, industrial and service related businesses. He focuses his practice in the areas of commercial litigation, bankruptcy, real estate and contract negotiation and documentation. Senator Coley is a peer rated AV Preeminent™ Attorney by Martindale Hubbell.