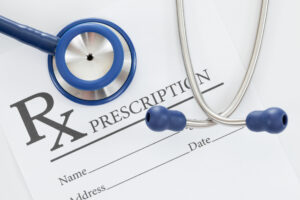 CINCINNATI, OH – Strauss Troy Co., LPA, has filed a civil lawsuit against GlaxoSmithKline, LLC (GSK), manufacturer of the drug Zofran®, in federal court in the Southern District of Ohio.

“The Complaint, filed on behalf of a couple who reside in Cincinnati, Ohio, alleges that their child’s birth defects were the result of the wife taking the prescription Zofran during the first trimester of her pregnancy,” said Strauss Troy Attorney Ron Parry.

This Complaint alleges that, in the early 1990s, soon after Zofran went on the market, GSK began to promote the drug to treat morning sickness in pregnant women – an “off-label” use.

The US Food and Drug Administration (FDA) approved Zofran (known generically as ondansetron or ondansetron hydrochloride), to treat nausea and sickness caused by chemotherapy in cancer patients. The FDA never approved this drug for morning sickness. GSK has paid a substantial fine to the US government because of its practice of marketing its pharmaceutical products for unapproved uses.

The Complaint also alleges, soon after GSK began marketing Zofran for morning sickness in pregnant women, that it began to receive reports of birth defects.

Independent studies have concluded that the use of Zofran during the first trimester of pregnancy doubles the chances of a child being born with birth defects. One news investigation reported heart defects and kidney malformations in newborns that were exposed to Zofran prior to birth.

The lawsuit filed by Strauss Troy is one of many lawsuits filed throughout the country alleging the off-label marketing of Zofran and resulting birth defects. The Judicial Panel on Multidistrict Litigation has been asked to consolidate all of the cases in one court for pretrial proceedings.

If you or a family member has suffered similar damages or injuries due to Zofran taken for morning sickness during pregnancy, you can contact Strauss Troy for a case evaluation and to learn more about your legal rights.