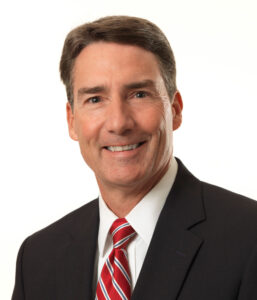 It is estimated that more than 90% of all U.S. businesses are some form of closely held corporation, limited liability company (LLC) or partnership. While equity in a corporation is held by shareholders who have rights to elect the directors who will in turn determine strategy and hire and supervise the management to implement that strategy. And, the equity of a partnership and a limited liability company is held by partners or members, who determine by contract how strategic decisions will be made and who will be appointed to manage operations. There is no truly universal definition for a closely held corporation, but it is clearly different than a publicly traded counterpart.

A close corporation is characterized by a relatively small number of sometimes unsophisticated investors, privately held stock that is rarely bought or sold, and frequent overlap between management and ownership. Because of these unique characteristics of a closely held business, there is also great potential for actual or perceived unfairness by minority owners, particularly where a controlling group of owners benefit disproportionately as a company grows and prospers. Legal protections for the minority owners will differ depending primarily on the form of legal entity and the state of incorporation.

Historically, courts have treated partners in a partnership as fiduciaries of each other having well-defined duties to treat each other and partnership property with due care and utmost good faith. Although these duties provide a measure of protection for minority partners, tax considerations and the opportunity for owners to limit liability for business debts favors selection of either a corporate or other limited liability structure for most businesses. The default fiduciary legal protections for partners in a partnership have not, however, uniformly attached to minority shareholders in a close corporation or to members of an LLC.

Generally, shareholders were not held to owe any particular duties to other shareholders. The close corporate form, however, has become an important exception. This is because the closely held entity is particularly susceptible to abuse by a majority who may want to eliminate or dilute the minority’s voting power or other economic benefits of ownership. In response to this tension and the potential for abuse, Ohio and most other states now recognize as public policy that controlling owners in a closely held corporation indeed owe heightened fiduciary duties of good faith and loyalty to minority holders. Courts routinely characterize these obligations as analogous to the duties owed by partners in a partnership.

In broad terms, controlling shareholders violate fiduciary principles of loyalty by using control to prevent the minority from an equal opportunity to share in the benefits of ownership. In the legal vernacular, this is called a “squeeze-out” or “freeze-out.” As one court has said, examples and methods of squeeze-outs are many and varied and “limited only by human ingenuity motivated by greed or hope of advantage.” For instance, a common complaint is that controlling owners claim exorbitant salaries and bonuses for themselves, while refusing to make fair distribution to outside owners. Other examples would be preferential loan terms or repayments to controlling shareholders, or cutting off financial benefits to minority owners who are not employees.

Generally, shareholders denied their fair share of profits either suffer the loss or try to find a buyer for their stock. However, because there is generally no ready market for the stock of a close corporation, they can become trapped in a losing situation from which there is no easy exit. In that case, aggrieved shareholders often have no recourse but to petition a court for relief. The controlling shareholders will have to prove that their actions were in fact fair to the minority. These are typically difficult and very stressful cases for all involved, particularly because close corporations are often family businesses.

Not every state defaults in favor of fiduciary duties owed by shareholders of a closely held corporation so the state of incorporation is important. Delaware for instance, generally acknowledged as intentionally business friendly, represents the minority rule and favors maximum freedom for shareholders in a close corporation to control their relationships by contract. As a consequence of this policy preference, Delaware courts have long held that absent a specific and limited statutory election, shareholders in a close corporation owe no special fiduciary obligations to one another.

The legal duties of LLC members also vary by state. In Ohio for example, like for close corporations, courts typically treat the relationship among members of an LLC to be analogous to a partnership. Therefore, members are held to the fiduciary duties of care and loyalty in dealing with the company and each other. Should there be any doubt, the Ohio legislature made it clear in May 2012 by adopting House Bill 48 which makes the duties of loyalty, care, good faith and fair dealing explicit.

The amendments also specifically state that members may not use the operating agreement to opt out of these fiduciary duties. Delaware, for example, permits LLC members to use the operating agreement to expand, restrict, or eliminate fiduciary duties all together. However, in an apparent concession toward the Delaware freedom to contract model, HB 48 also allows LLC members to modify their fiduciary duties, provided that the restrictions are not “manifestly unreasonable” and do not “unreasonably reduce” the duty of care. The legislative drafting is not the model of clarity or certainty that business owners desire. Words like manifestly and unreasonable are the kind of muddled and vague subjective verbiage that will keep lawyers and courts in business and frustrate owners as attempted carve-outs are tested over time by dissatisfied members.

The May 2012 amendments also deliver another significant change in LLC member relations by adding statutory non-competition language. Generally, absent a contract to the contrary, and regardless of the form of entity, a business owner who is also an employee is free to quit the company and then go into competition with his former employer, provided that he does so without violating any trade secrets.

House Bill 48 now restricts the freedom of a former LLC member to compete. Importantly, the restriction applies to all members, whether actually employed by the company or not. Now, no LLC member, whether a controlling or minority owner and whether or not an employee, may compete against the company’s business “before the dissolution of the limited liability company.” Members of an Ohio LLC who think that because they didn’t sign any restriction they can hold on to their membership and lawfully go into business against the company, are likely in for a rude surprise in the form of a summons and a request for an injunction to keep them from competing.

Although it is typically the controlling owners who are in the trenches everyday and can rightfully claim credit for business success… never forget or worse yet, disenfranchise the minority. In the eyes of the law, they are entitled to be treated as your partners.

Understanding that, some thoughtful advice and attention to this obligation can go a long way in avoiding distracting and expensive legal challenges, so your business will continue to succeed.