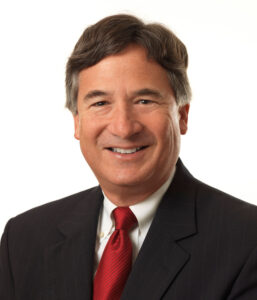 In April, the “Jumpstart Our Business Startups Act” (the “JOBS Act”) was signed into law by President Obama.

A brief summary of some of the key provisions of the JOBS Act follows.

The JOBS Act directs the SEC to amend Rule 506 of Regulation D and Rule 144A under the Securities Act to eliminate the prohibition on general solicitation in transactions effected under those rules. Specifically, Rule 506 must be amended to provide that the prohibition against general solicitation or general advertising shall not apply to offers and sales of securities made pursuant to that Rule, provided that all purchasers of the securities “are accredited investors.” The amendments must also require the issuer to take reasonable steps to verify that purchasers of the securities are accredited investors, “using such methods as determined by the Commission.” Similarly, subsection (d)(1) of Rule 144A must be amended to provide that securities sold under that Rule may be offered to persons other than “qualified institutional buyers”, including by means of general solicitation or general advertising, provided that the securities are sold only to persons that the seller and any person acting on behalf of the seller reasonably believe is a qualified institutional buyer. The SEC is required to adopt these rule amendments not later than 90 days after enactment.

Registration Triggers Under Section 12(g) of the Exchange Act

Section 12(g)(1) of the Exchange Act currently requires an issuer that has a class of equity security (other than an exempted security) held of record by 500 or more persons to register that security with the SEC within 120 days after the last day of its first fiscal year in which the issuer had total assets exceeding $10,000,000. The JOBS Act raises the record holder threshold for registration:

The JOBS Act also provides that, for all issuers, persons holding securities received pursuant to an employee compensation plan in transactions exempted from the registration requirements of Section 5 of the Securities Act (for example, because they were issued in a private placement under Regulation D or under Rule 701 under the Securities Act) will be excluded from the record holder count.

The JOBS Act creates a new category of “emerging growth companies”, or “EGCs”, and provides various forms of relief aimed at making it easier for these companies to undertake IPOs. An EGC is defined as any issuer that had total annual gross revenues of less than $1 billion during its most recently completed fiscal year, other than a company that completed its IPO on or before December 8, 2011. An EGC retains that status until the earliest of:

The JOBS Act grants EGCs certain relief from the Sarbanes-Oxley Act of 2002 and other requirements for as long as they retain that status. This relief will be available immediately upon the enactment of the JOBS Act.

The JOBS Act amends Section 3(b) of the Securities Act to permit the SEC to amend Regulation A to, among other things, increase the aggregate offering amount of securities offered and sold within any 12-month period in reliance on such exemption from $5 million to $50 million.

The JOBS Act amends the Securities Act by adding a new Section 4(6), providing an exemption from Securities Act registration for transactions involving the offer or sale of securities by an issuer (including all entities controlled by or under common control with the issuer), provided that: