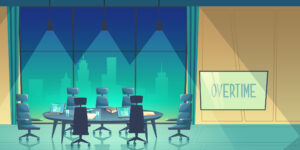 On January 1, 2020, the latest final rule governing the Executive, Adminstrative and Professional Exemption of the Fair Labor Standards Act is scheduled to go into effect. And, when it does, it is estimated that 1.3 million workers will become entitled to overtime protection.  What should covered employers know about the latest final rule?

The current Final Rule is the latest attempt to increase in the salary level since the failed Department of Labor’s Final Rule published in 2016.

As a brief background: The Fair Labor Standards Act contains a number of exemptions to the requirement to pay a covered employee overtime for any hours worked over 40 in a given work week. One specific exemption is “any employee employed in a bona fide executive, administrative or professional capacity;” also referred to as the “White Collar” or “EAP” exemption. Over the years, there have been several tests to determine whether an employee qualifies for this exemption. In 2004, the Department of Labor replaced the prior tests with the “standard duties” test and set a minimum salary level. In order to qualify for the EAP exemption, an employee must be paid by salary (“salary-basis test”), must be paid a minimum salary of $455 per week, or $23,660 per year (“salary-level test”) and must perform executive, administrative or professional duties (“duties test”).

On March 23, 2014, President Obama issued a memorandum to the Secretary of Labor to “modernize and streamline the existing overtime regulations for executive, administrative and professional employees.” The Final Rule was published on May 23, 2016 and scheduled to become effective on December 1, 2016. The Final Rule increased the minimum salary level for EAP employees from $455 per week, or $23,660 per year to $913 per week, or $47,476 per year. The Final Rule also contained an automatic updating mechanism to increase the minimum salary level every three years beginning in 2020.

Two lawsuits were filed in the US District Court in the Eastern District of Texas to challenge the Final Rule before it went into effect. On November 22, 2016, U.S. District Judge Amos Mazzant granted an injunction blocking the Department of Labor’s Final Rule. When granting the injunction, the Court determined that the plain language used by Congress when it enacted the Fair Labor Standards Act’s EAP exemption focused on the duties performed by the employee rather than the employee’s salary. The Court held that Congress’ intent was clear by defining the EAP exemption with regards to the employee’s duties, and not by a minimum salary level. Judge Mazzant held that the increased salary level established by the Final Rule effectively eliminates the duties test and therefore is unlawful. Because the Final Rule is unlawful, the automatic updating mechanism is likewise unlawful.

The current Final Rule is poised to go into effect on January 1, 2020. Presently, no legal challenge has been filed challenging it. Therefore, the ultimate fate of the latest rule, which is similar to the ill-fated 2016 Final Rule, will be revealed before January 1, 2020.

Interested in learning more? Come to our seminar on Wednesday, December 11.