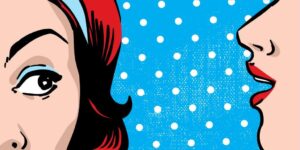 At some point in your life, you’ve probably felt like you were unfairly criticized.

Today, criticism is a keystroke away, whether from an errant office email, a blogger or through social media.

When criticism goes too far, it can become unlawful defamation. Unfortunately, the line between actionable defamation and constitutionally protected free speech is blurry at best, and defamation law developed during the 20th Century isn’t always easily applied to 21st Century problems.

Guiding a defamation case to successful resolution is a difficult endeavor, and it requires experienced counsel who is well versed in the intricacies of defamation law.

The Ohio Supreme Court defines defamation as a false statement that causes injury to a person’s reputation, or exposes him or her to public hatred, contempt, ridicule, shame, or disgrace, or that adversely affects his or her business or profession. Am. Chem. Soc. v. Leadscope, Inc. (Ohio 2012)

Each form and type of defamation raises different challenges.

Above all else, a defamatory statement must be false—truth is a complete defense in Ohio. Beyond that, there are numerous defenses, privileges and special circumstances that apply such that there is no such thing as an “easy” or “average” defamation case—each case is complex and unique in its own way. This is especially true in the Internet age.

For example, there are statutory protections for newspapers and television and radio stations, but those protections, which were enacted in the 1950s and have not been updated since the 1990s, do not apply to Internet websites. Similarly, what constitutes an unlawful defamatory statement changes depending on whether the victim is a private person on one hand, or a public official, a public figure, or a limited purpose public figure on the other. Taylor Bldg. Corp. of Am. v. Benfield (S.D. Ohio 2007). Whether a local business owner is a limited-purpose public figure, as opposed to simply a private person, can be a complex legal question that controls the outcome of a case.  See, Murray v. Knight-Ridder, Inc. (Ohio Ct. App. 2004).  In that case, a business owner was considered a limited-purpose public figure and was therefore required to prove his case under the “actual malice” malice standard. The rules that applied to that case, all of which were developed during a simpler time, do not fit easily within today’s age of Internet stardom where the average teenager has worldwide publishing capabilities that a 1950s newspaper never could have dreamed of.

Whether a victim or an accused “defamer,” hiring an attorney experienced in the intricacies of defamation law is the first and most critical step in the successful resolution of any defamation case.