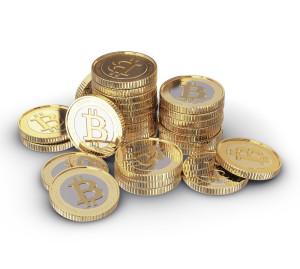 The dirge for bitcoin may have been a bit premature. Just last week, Dish Network announced that it will begin accepting bitcoin as a form of payment later this year. Bitcoin mining hardware manufacturer, BitFury, also just announced $20 million in new financing that it’ll use to further strengthen its international market presence while accelerating its production of ASIC, semiconductor and server products.

Whether a harbinger for the future or a fad, the IRS wants its share. According to most analysts, bitcoin is now characterized as property and subject to tax thanks to IRS Notice 2014-21. Its taxation is dependent on the intended use and holding of the currency – similar to the way that stocks and bonds are taxed.

Created in 2009, bitcoin is a digital currency that uses peer-to-peer technology to operate without the use of a middle man – meaning no banks. Bitcoins are sent easily through the web and are available to spend within minutes. In fact, more and more merchants are accepting bitcoin; it’s appealing to many because there are no credit card fees involved. Anonymity is another draw for many consumers because names of bitcoin buyers and sellers are never revealed, only their digital wallet ID. Until this year, the bitcoin had gone fairly unregulated in the U.S., but now the IRS has developed 16 FAQs to guide taxpayers on tax treatment and tax compliance for use of bitcoin.

Rather than recognizing bitcoin’s unique status as currency, treating it as property forces taxpayers to equate its value to U.S. dollars or other currency equivalents. Its tax treatment is dependent on its use in the hands of a particular taxpayer:

Should You Invest In Bitcoin?

Despite the volatility and new tax regulations, there’s evidence that bitcoin’s mainstream acceptance has emerged, and bitcoin owners can now rely upon Bloomberg to track the market price of bitcoin through various exchanges. However, Tod Van Name, Global Head of Fixed Income, Currencies and Commodities at Bloomberg recommends a watchful and waiting approach to his clients. The IRS’ enumerated tax treatment certainly takes the shine off of bitcoin ever being a hassle-free way to make payments.

While bitcoin prices have rebounded 64% since the collapse of Mt. Gox (the once-largest bitcoin exchange), the Securities and Exchange Commission advises all investors to be wary of any promised returns. There are always great anecdotal stories involving some investors forgetting about their small investment, only to reap great returns due to a dramatic rise in market value, but it’s important to remember this isn’t the norm.

According to the IRS Notice, bitcoin is nothing more than property and should be treated like any other investment — subject to the risk and reward of capital market forces. As long as current IRS treatment of bitcoin remains, its taxation remains a challenge for users. However, the introduction of innovative technologies to track taxable attributes could simplify that burden and allow bitcoin to flourish.