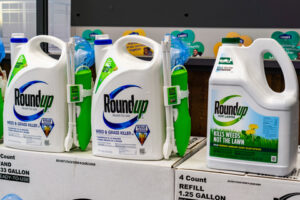 Jury verdicts against Bayer and Monsanto have recently been rendered in California, so your case can be filed in California or in Missouri, where Monsanto is based. If you have been diagnosed with Non-Hodgkin’s Lymphoma and have a history of using Roundup®, we’d like to talk with you. There is no charge for an initial consultation, and we can set up a meeting with you at your convenience.

What you need to know about a popular weed killer’s alleged link to cancer, PBS News Hour

Planning to use Roundup on your lawn? Here’s what you need to know, Healthline

Some links to cancer shown in draft review of common pesticide, Bloomberg News

IARC Monograph on glyphosate, International Agency for Research on Cancer