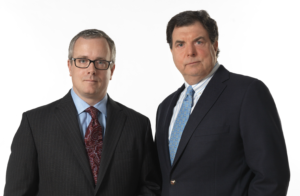 The City of Ft. Wright, Kentucky, represented by Strauss Troy Litigation Attorneys Ron Parry and Robert Sparks, as well as Gerner and Kearns Attorneys Todd McMurtry and Elizabeth McCord, filed a class-action lawsuit against the Board of Trustees of the Kentucky Retirement System on behalf of all members of the County Employees Retirement System (“CERS”).

The suit, filed in Kenton County Circuit Court, alleges that the Board invested CERS’ assets in a fairly large percentage of high-risk investments, including venture capital, hedge, private equity and leveraged buyout funds, prohibited under state statute KRS 386.020. These risky funds aren’t publicly traded or registered, and many are start-ups with no track record.

“These alternative asset investments are notorious for charging excessive management fees,” said Strauss Troy Attorney Ron Parry. “It’s simple. The more fees you pay, the less money for your retirees,” added City of Ft. Wright Mayor Joe Nienaber. The Complaint seeks damages of at least $50 million, which Ft. Wright argues was spent on such management fees, on top of the regular fees paid to money managers who invested in traditional low-risk investments authorized by Kentucky law.

The suit also seeks to separate the CERS’ funds from the bad investments made by the Kentucky Employees Retirement Fund (“KERS”). At less than 24 percent funding, KERS is among the worst-funded pension systems in the nation. CERS, on the other hand, is funded at about 65 percent of required assets. The City claims that the Board failed to recognize the more restrictive investment guidelines applied to CERS’ assets, thereby improperly commingling them with KERS’ funds. “What we would like to achieve by this lawsuit is that they have to be invested in separate portfolios,” Parry said.

More than 500 Kentucky entities fund the CERS, including cities, counties, non-profits and other governmental units. If effective, the suit could set a standard for other groups looking to distance themselves from KRS.