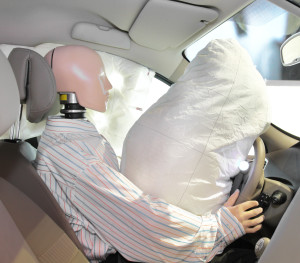 Mr. David Cambron, Jr., a Louisville resident and owner of a 2005 Honda Pilot, has filed a class-action lawsuit alleging that both Honda Motor Co., Ltd. (Honda) and Takata Corporation knew of the dangers relating to Takata airbags for at least a decade, yet the two manufacturing companies failed to inform the public because full disclosure would have negatively impacted the market value of Honda vehicles.

“Airbags are a critical safety component in automobiles,” said Strauss Troy Attorney Ron Parry. “Purchasers and lessees of vehicles have an expectation that airbags will operate properly to prevent injury. Honda’s recent disclosure that the Takata airbags installed in its automobiles are capable of causing injury or death has significantly diminished the value of Honda automobiles.”

The legal complaint, filed Friday, January 9, 2015, in U.S. District Court, Western District of Kentucky, seeks recovery of losses and damages for the diminished value of the Class Members’ Honda vehicles. Filed on behalf of citizens in the Commonwealth of Kentucky who own Honda automobiles, the complaint asserts claims under the Kentucky Consumer Protection Act and for breach of implied warranties under Kentucky law.