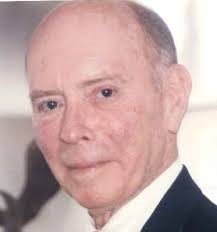 Sam Allen followed his father’s and grandfather’s footsteps and pursued the field of law, after he graduated from Harvard and served in the Korean Conflict in Japan.

He earned his law degree from UC Law School in 1957 and spent his entire legal career with Strauss Troy. He served as chairman of the board and focused his practice on corporate planning, labor and employment law.

For nearly 30 years, Sam served as Chancellor of the Diocese of Southern Ohio for the Episcopal Church and was an active member of the Christ Church Glendale. When Sam retired from Strauss Troy, he and wife Louise began painting. They traveled to Europe for extended periods of time to paint. His work has been displayed in a number of art shows. He is survived by his wife, Louise, four children and six grandchildren.

The Strauss Troy family will miss our friend and colleague.