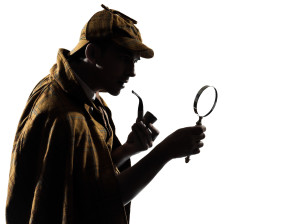 The Seventh Circuit Court of Appeals has ruled several stories and novels about Sherlock Holmes in the public domain. According to an online article from Today’s General Counsel, this ruling came as a loss to the estate of author Arthur Conan Doyle. The estate, which had demanded licensing fees for a book of original stories based on Sherlock Holmes in 2011, was demanding payment again from the editor for the sequel that was being created. After an unsuccessful ruling in the initial lawsuit, the estate appealed the case.

In the appealed case, Judge Richard Posner wrote “[I]t appears that the Doyle estate is concerned not with specific alterations in the depiction of Holmes or Watson in Holmes-Watson stories written by authors other than Arthur Conan Doyle, but with any such story that is published without payment to the estate of a licensing fee.”  Through this ruling, 46 Sherlock Holmes stories, four novels and their characters written by Arthur Conan Doyle before 1923 are now in the public domain.