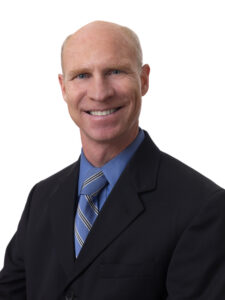 The tree-feeding Asian Long-horned Beetle, the USDA and Clermont County, Ohio have been in battle mode, with many citizens at odds with the USDA on its plan for stopping the spread of the invasive bug. However, in a recent favorable decision by the USDA, the ALB Citizens’ Cooperative succeeded in helping to persuade the USDA to abandon plans to force the removal and destruction of healthy, non-infested potential host trees, and instead to focus on a more balanced approach to stopping the infestation.

In the summer of 2011, the Asian Long-horned Beetle was discovered in Clermont County. The invasive beetle, which is not native to North America, attacks, and in many cases kills, 12 different species of trees. Since the bug was discovered in Clermont County, one of the plans being considered by the USDA was to not only cut down and destroy infested trees, but also to cut down and destroy any other potential host trees within a ½ mile of any tree found to be infested.

Many of the citizens of Clermont County opposed this approach, seeing it as overkill which would result in the needless deforesting of entire portions of the county. The ALB Citizens’ Cooperative was formed in 2011 as a grassroots advocacy group dedicated to the preservation of healthy non-infested trees. The ALB Citizens’ Cooperative retained Strauss Troy Attorney Brian O’Connell to represent them. “While the group agrees that the ALB needs to be eradicated from Ohio, our approach involves a balance of eradication and preservation,” O’Connell said.

If the USDA were to move forward with full-host removal, more than 3,800 acres and 2.2 million trees could have been affected. In other cases where the ALB has been discovered in the U.S., the insecticide imidacloprid has been deemed as 99% effective in preventing ALB infestation. The ALB Citizens’ Cooperative opposed the full-host removal approach and advocated a plan under which only infested trees would be removed, while any nearby host trees would be chemically treated. O’Connell worked with the cooperative to prepare submissions to the USDA’s Environmental Assessments, in which the USDA outlined the various approaches being considered.

Finally, in May 2013, alternative D was identified by the USDA as the preferred method for ALB eradication in Clermont County. Alternative D involves a combination of tree removal and chemical treatment of high-risk host trees up to a ½ mile radius of known infestations. Significantly, the plan confirms the individual property owners’ right not to have any trees removed from their land without their consent.

“It’s encouraging that the USDA was able to see the forest for the trees and acknowledge both that a balanced approach of eradication and preservation will work, and every bit as important, acknowledge the property rights of the individual owners.” O’Connell said.