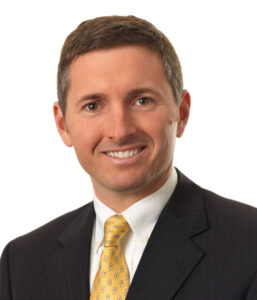 Bill Williamson, a shareholder at Strauss Troy Co., LPA, has earned a place in the 33rd U.S. Mid-Amateur Championship presented by the United States Golf Association (USGA). The tournament takes place October 5-10, 2013 in Birmingham, Alabama. It is the 8th USGA event he has qualified for.

The tournament starts Oct. 5 with first round stroke play qualifying and ends Oct. 10 with a 36-hole championship match. The winner of the tournament will receive an exemption to the Masters next April.

This year marks the 33rd U.S. Mid-Amateur Championship. The U.S. Mid-Amateur is one of 13 national championships conducted annually by the United States Golf Association (USGA), 10 of which are strictly for amateurs. Entries for the 2013 U.S. Mid-Amateur were open to players who have reached their 25th birthday by Saturday, October 5, 2013, and who have a USGA Handicap Index not exceeding 3.4. More than 3,000 golfers were eligible to apply.

The championship proper consists of 36 holes of stroke play qualifying, held on October 5-6, to determine the 64 players who will then compete in single elimination match play to determine the champion. Champions of this event earn an invitation to the Masters.