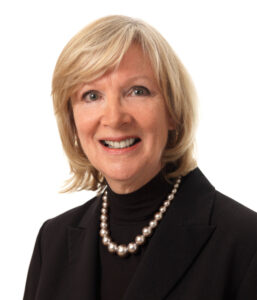 The Supreme Court’s decision in United States v. Windsor finding Section 3 of the Defense of Marriage Act (“DOMA”) unconstitutional has implications in many facets of law beyond domestic relations.

That Section of DOMA defined “spouse” as “only a person of the opposite sex who is a husband or wife” when applied to federal laws and regulations. The Supreme Court found that its application would violate the equal protection clause for same-sex couples married under state law. However, the decision did not address the question of how to determine when a same-sex couple is considered to be married for purposes of applying federal law. As of this writing, same-sex couples may be legally married in seventeen states, but there is no requirement that the other states recognize those marriages as valid.

Employers need to consider the effect of this decision on their obligations under a myriad of federal laws. For one, the Family and Medical Leave Act, this is a task that may be more complex because FMLA provides that a “spouse” is defined by the state in which the employee resides.

Therefore, an employee residing in Washington, D.C. would be entitled to leave from a job with a Virginia employer (located in a state that does not recognize same-sex marriages) to care for a same-sex spouse because the marriage is recognized under D.C. law. An employer can request certification of marriage, but only if consistently requested of all employees.

Employers that may be affected should update their FMLA and other required notices to reflect the Supreme Court’s decision. Under DOMA, no state is required to recognize the same-sex marriage, and implications for employers in administering health and welfare benefit plans, qualified retirement plans, and the like are largely unknown. For example, it is unclear whether spousal rights to defined benefit pension survivor benefits are extended to same-sex spouses.

Federal employees’ spouses are granted health and welfare benefits based on the validity of the marriage in the state of ceremony, but it is not known if this is how federal law is to be applied to plans sponsored by private employers. For instance, how should an employer determine if COBRA benefits should be extended to same-sex spouses? If an employer extends healthcare coverage to same-sex couples, should the federal tax law requiring reporting of imputed income be eliminated for just the employees living in states that recognize their marriage?  Should an employer interpret the Internal Revenue Code regulations of cafeteria plans to consider a same-sex marriage as a “change in family status” for those residing in some states?

For qualified retirement plans, the confusion is compounded: Should a same-sex marriage be recognized for purposes of minimal distributions, survivor benefits, rollover options, QDRO administration, or hardship withdrawals if the participant lives in, was married in, or works in a state that recognizes the marriage?

Compounding this issue is the fact that state laws vary, not only in whether same-sex marriages can be legally performed, but whether and to what extent marriages valid in other states will be recognized.

It is clear that prompt guidance is needed, and that there must be coordination among the various federal agencies so that employers are not left with unanswerable questions.