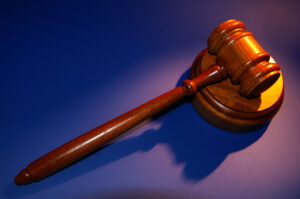 Ferguson, along with three other sub-contractors, pursued claims against the homeowners for unjust enrichment.

Before trial, the court ruled that, under Ohio law, payment in full by a homeowner to the general contractor could be used as a defense to both lien claims and unjust enrichment claims asserted by the unpaid subcontractors and material suppliers.

Among other things, Strauss Troy showed that the owners realized they were exceeding the general contractor’s budget when they selected high-end appliances, plumbing and lighting fixtures for their house from Ferguson.

After four hours of deliberation, the jury concluded that the homeowners had not paid the general contractor in full. Ferguson was awarded the full amount of its claim, plus prejudgment interest, totaling more than $50,000.

Here’s What Both Homeowners and Suppliers Can Learn From the Ferguson Case:

Brian O’Connell is a member of the Strauss Troy litigation practice group. He focuses his practice in the areas of complex commercial litigation, construction litigation, intellectual property litigation, products liability and tort law. You can reach him at: 513-629-9451 or bjoconnell@strausstroy.com.