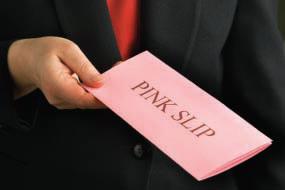 In a recent decision, the Ohio Supreme Court attempted to clarify the confusing issues relating to employees who are unable to work due to work-related injuries. To understand the ruling, it is necessary to review Ohio law regarding “at-will” employment. As is sometimes the case, the courts’ position on this fundamental doctrine has swung back and forth as they attempt to find a viable central position.

At the outset, it is important  to understand what is meant by the term “employment at will,”  which stems from the doctrine that, absent a contract, employees serve at the will of the employer, meaning that they can be let go without cause. Properly understood, a true at-will relationship is one that can be terminated by the company or by the employee at any time, for any reason that is not contrary to law. (An illegal reason for the employer to fire an employee would be based on the employee’s race, religion, color, national origin, sex,  age, disability, pregnancy, or other protected classification.)

Almost as soon as the courts agreed about what the term meant, however, they began to carve out exceptions. In the landmark Greeley case, the Ohio Supreme Court limited an employer’s right to terminate an at-will employee whose wages were garnished for child support. Although a statute specifically prohibited firing an employee due to garnishment, the statute merely provided for a fine against an employer for violations; it did not provide a cause of action for a terminated employee. The Court, however, concluded that terminating an employee under those circumstances would be contrary to the intent of the statute and   therefore would violate Ohio public policy.

After Greeley, the courts created additional exceptions to the doctrine. The general rule that emerged was that an employer could not terminate an employee for reasons contrary to Ohio public policy, which could  be found in a number of different sources, such as the Constitution, statutes, and even case law. It was widely believed that the courts would err on the side of employees where public policy was involved.

The pendulum swing came to a halt, however, in the Haynes case, which involved a union employee who was allegedly fired after she cooperated with federal agents who were investigating a workplace injury. A jury awarded the employee damages for her wrongful discharge in violation of public policy, and the case was eventually heard by the Ohio  Supreme Court. To the surprise of the most employment lawyers, the Court said that the lower court had erred in applying  the public policy exception since the plaintiff was in a union and thus was not an employee at will. Accordingly, the Court ruled that public policy claims are limited to employees at will — those who do not have contracts (either employment agreements or union collective bargaining agreements).

The Ohio Supreme Court sent the pendulum swinging back the other way in the Coolidge case, another landmark decision. In that case, an Ohio teacher was injured in the course of her work and received workers’ compensation. She was unable to return to the classroom, and the school board terminated her employment pursuant to its standard policy for employees who missed a certain number of days. Although the teacher had a contract of employment and therefore was not an employee at will, she sued the school, alleging that her termination was contrary to public policy. (Ohio law prohibits an employer from firing an employee in retaliation for filing a worker’s compensation claim.) Surprising the employment bar again, the Court ruled that the school district acted improperly when it fired the teacher.

Coolidge sent a wave of unrest throughout the labor and employment community, again suggesting that the Court was willing to apply public policy claims to all employees, not just those who were at-will. The prevailing sentiment was that employers could not fire employees who were unable to work due to on-the-job injuries.

Savvy readers have probably guessed that Coolidge was not the last chapter in this story. The Ohio Supreme Court revisited this issue yet again in the Bickers case, another landmark decision. In that case, an employee was injured in the course of her employment. She filed for and received workers’ compensation benefits. Her employer terminated her employment because she had missed too   many days of work. Sound familiar? The facts were almost exactly the same as in Coolidge, but the Court reversed course, this time holding that Coolidge had been misconstrued. The Bickers Court said that Coolidge actually stood for the proposition that a teacher whose contract required “good and just cause” for termination could not be terminated while receiving worker’s compensation. Thus, the Court limited Coolidge to cases involving public employees and specifically held that it did not create a new public policy exception to the employment-at-will doctrine.

To injured employees, Bickers may seem harsh. Not only are they unable to perform their current job, but it is difficult for them to secure alternative   employment due to their injuries. Yet, they may be terminated  because of their inability to work. However, the Workers’ Compensation Act is designed to compensate such employees. They are also protected from retaliatory discharge for pursuing claims, but the Court held that wrongful discharge principles were not intended to supplant workers’ compensation regulations.

Following Bickers, the rule appears to  be that there is no common law cause of action against an  employer who terminates an employee for absenteeism, even if the absences are due to a work-related injury for which the employee is receiving workers’ compensation.

Confused? You are not alone. The rapid reversal of the employment-law pendulum has left employment lawyers scratching their heads, trying to figure out not only what the rules are now, but also what rules the next  decision may bring. Now more than ever, it is important for companies considering layoffs to consult with employment counsel well in advance to arrive at a plan that minimizes the chances of lawsuits and liability. It may be possible, for example, to reach an amicable separation agreement under which the company pays a modest sum to the employee  in exchange for a release of all claims, thereby ensuring that the company will not find itself before the Supreme Court, making new law, at considerable risk and expense.

Paul Calico is a member of the Strauss & Troy Employment Law Group, regularly advising businesses on all aspects of employment  law practices.