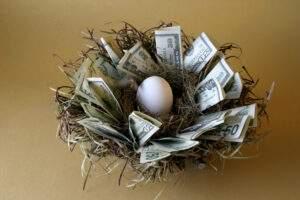 While many articles describe the 2012 Act changes as “permanent,” I’m a bit more cynical. I never assume that anything is “permanent” where Congress and the Internal Revenue Code are concerned. This is especially true when major players in the Congress and in the Administration continue to talk about a restructuring of the Internal Revenue Code as part of a long range deficit reduction package.

The 2012 Act “permanently” establishes the estate tax exemption amount at $5 million per person. Married couples can have a combined $10 million exemption. The $5 million amount is indexed for inflation, and is estimated to be $5,250,000 in 2013.

If you’re like many people, you likely want to simplify your estate planning documents. You may believe that your assets would never be subject to estate tax due to the large exemption amount. Not so fast.

Remember that there is nothing to keep Congress from reducing the exemption amount down to $3.5 million, or even $1 million.

This may require the use of a more sophisticated two trust fund plan to minimize estate taxes. If you and your spouse have pour-over wills and inter-vivos trusts which utilize our traditional A-B trust plan, don’t rush to replace these documents. Also, if currently working on a new estate plan, don’t automatically reject an A-B trust plan, even if you have combined assets that are considerably less than $5 million.

The concept of “portability” of the unused exemption between spouses has also been made “permanent” by the 2012 Act.

Basically, portability allows the surviving spouse to use the portion of the $5 million exemption not used by the first spouse. Again, there’s no guarantee how long this will remain a “permanent” part of the Internal Revenue Code.

I still recommend equalizing assets between spouses, because you never know which spouse might die first. By having assets owned by the first spouse who passes included in a segregated trust that is sheltered from tax by the exemption amount of the first spouse, those assets, to whatever value they may grow, will be exempt from estate tax at the death of the second spouse.  Another consideration is that the unused exemption amount is frozen upon that first death and not indexed for inflation.

The $5 million exemption amount is also available for lifetime gifts. Once again, this is touted as being a “permanent” fix under the new Tax Act. Just as in the prior years, it may be wise to consider using the $5 million during your lifetime by making gifts, rather than taking the chance that it may be reduced some time in the future.  Using a portion, or all, of the $5 million for gifts removes the growth on the value of the gifted assets and reduces tax liability. This may be significant if the assets appreciate faster than the rate of inflation.

One final note, the Ohio Estate Tax has been repealed for decedents dying after December 31, 2012.

The adoption of the $5 million exemption amount in the 2012 Tax Act was unexpected.  Remember, however, the adage that nothing is “permanent” except death and taxes. Things change, so keep your estate plan flexible.

If would like to talk about the impact of the new law on your estate plan, contact your Strauss Troy attorney or Tom Rink 513-629-9490 for a review of your individual situation.