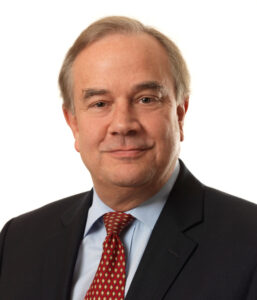 Could You Be Held Liable • The buyer of the assets of an unrelated defunct company may be liable to correct and pay for the labor and employment law violations of the former owner who is now out of business, under special “successorship” rules for federal employment laws.

• Where these successorship rules apply, you are likely unprotected and could be held responsible to correct and pay for the labor and employment law violations of the long-gone predecessor. The fact that you bought the assets under a contract “free and clear” or with some other lawyerly protection from liability, a meaningful period of time has passed since the previous owner closed its doors, or if you purchased the assets from an independent third party such as out of receivership, through foreclosure, or from a bankruptcy trustee, simply isn’t enough.

But Packard, and an affiliated company, defaulted on a $60 million secured bank loan. The bank seized Packard’s assets, closing its business. Packard, out of business and money, could not pay to its (by then former) employees the $500,000 of overtime that it had agreed to pay in the court settlement. The bank followed a customary practice by placing the assets it had seized from Packard in receivership, and instructing the receiver to sell the assets in an open auction and return the proceeds to the bank.

The federal district court agreed and ordered Thomas & Betts to pay $500,000 to the former Packard employees. Thomas & Betts appealed to the U. S. Court of Appeals and lost. Here’s why.

The U.S. Court of Appeals agreed that Thomas & Betts had neither violated the FLSA nor had any role in Packard’s earlier failure to pay overtime to Packard’s employees. The court also acknowledged that, under the state’s business, commercial, and contract law, Thomas & Betts would not have any responsibility for Packard’s past failure to pay its employees properly, or for any other liability or lawsuits involving Packard. All is well so far.

The court, however, ruled that “federal successor liability rules” for labor and employment laws, not the “state’s business laws,” apply under these circumstances.

The concept of federal successorship liability in labor and employment law matters was created by the federal courts to insure that employees who are owed damages, back pay, or even reemployment or a promotion as a result of an employer’s violation of a federal labor or employment law, receive what they are due even if the offending employer has become insolvent or sold its assets.

The court said: “The imposition of successor liability will often be necessary to achieve the statutory goals [of labor and employment laws] because the workers will often be unable to head off a corporate sale by their employer aimed at extinguishing the employer’s liability to them.”

The court added: “In the absence of successor liability, a violator of the [federal employment laws] could escape liability, or at least make relief much more difficult to obtain, by selling its assets without an assumption of liabilities by the buyer and then dissolving.”

Thomas & Betts argued that it had done nothing other than buy Packard’s assets in an arms-length purchase at an auction, and then prudently use a purchase contract to further protect itself from any liability associated with the assets it purchased. The court of appeals responded that Thomas & Betts had at least known about the existence of the previous FLSA lawsuit against Packard, and rejected Thomas & Betts’ purchase contract with the bank’s receiver as meaningless under the circumstances because “a disclaimer of [federal] successor liability is not a defense.” (Teed v. Thomas & Betts Power Solutions, LLC, decided Mar. 26, 2013.)

Successor Liability Broad, But Not Limitless

• Under comparable circumstances, federal courts and agencies have applied successor liability to hold the buyer of a defunct company’s assets responsible to pay damages and offer employment to individuals allegedly harmed by a predecessor company’s violation of essentially all other federal labor and employment laws.

• Arm-length buyers of assets have been tagged with responsibility for a predecessor company’s violations of the National Labor Relations Act, the full range of federal employment discrimination and retaliation laws, the Age Discrimination in Employment Act, the Family and Medical Leave Act, and the pension and welfare benefit plan requirements of the Employee Retirement Income Security Act.

• The unexpected liability incurred by the buyer is often significant and sometimes catastrophic. For example, a buyer’s successorship liability for a predecessor’s unpaid pension contributions or withdrawal liability owed to an underfunded multi-employer defined benefit pension plan may often amount to millions of dollars.

Fortunately, successor liability is not automatic; a business can certainly purchase assets that were previously owned by a company that violated one or more federal employment laws without assuming the seller’s obligation to pay for or correct those violations.

According to the courts, the buyer of assets can become a successor responsible for the employment law violations committed by the former owner/predecessor, when:

1. There is a substantial continuity of business operations between the predecessor and the successor,

2. The buyer had notice of the potential liability, and

3. The predecessor is unable to provide full relief to the allegedly harmed employees (including reemployment).

This test must be viewed with caution.

In practice, courts tend to apply this test to make it more likely than not that a purchaser will be held accountable for successor liability because the courts want to insure that the individuals purportedly harmed by their former employer’s employment law violations will receive the relief (damages, back pay, reemployment, etc.) that they would have received if their former employer was still solvent or in business.

For example, as to the first factor, courts will find a substantial continuity of operations between the former employer and the buyer even when there has been a meaningful passage of time between the predecessor company’s demise and the alleged successor employer’s purchase of the idle assets and placing them back in service.

Also, as stated, the courts do not hesitate to find that there is a sufficient continuity of business operations between the former employer/defunct company and the buyer when the two companies had no prior relationship, or when the buyer purchases the assets from a receiver, bankruptcy trustee, or other independent third party.

While the second factor (the buyer’s knowledge of the predecessor’s liability or violation of federal labor and employment laws) provides a buyer with the most protection from successor liability, the courts have significantly diluted that protection. When it is claimed that a buyer should be held responsible for a predecessor’s employment law liabilities, a court or government agency imposes the burden on the buyer to prove that it did not know of any claim against the predecessor and was unaware of any activity by the predecessor that might have reasonably resulted in an employment-related claim. Federal law assumes that the asset purchaser knew about the former owner’s employment liability unless the buyer can prove that it did not know (the buyer must overcome the age-old problem of “proving a negative”).

The Purchaser Is Not Defenseless

Despite the courts’ preference for identifying solvent parties (i.e. buyers-successors) to provide the allegedly harmed employees of the predecessor with the remedies they would otherwise have been entitled to receive from their defunct former employer, many asset purchases are simply too fragmented or far removed from that former employer to impose successorship liability on the buyer.

Asset purchases can often be structured to avoid or account for claims of successorship liability.

You need to be aware, however, of the possible presence of substantial successorship liability when evaluating whether to purchase some or all of the assets of a defunct company, even when the previous owner has been out of business for a meaningful period of time, and the purchase would be through an unrelated third party such as a receiver or trustee. This involves being particularly diligent in your investigation and consulting early with your legal counsel about potential ways to structure the purchase.

The purchase of the assets of a closed and defunct company may not be at all “routine” as many buyers typically assume.

The common contractual promises and warranties by the predecessor/seller against passing on any liability to the buyer, or to remedy any alleged labor and employment law violations, or to reimburse or “hold harmless” the buyer for any related liability and expenses, are of no value in these situations.

Therefore, in the context of the predecessor’s labor and employment-related violations or liability, such promises and warranties are simply ignored by the federal courts.

The courts have stated repeatedly that it is not a defense that the buyer/successor relied on the assurance of its predecessor that pending employment-related claims lack merit, will be reversed on appeal, or any other similar promises. In short, the federal courts and agencies hold that a buyer/successor assumes the risk that the employment-related actions of the predecessor-former owner may later be found unlawful.

Purchasing, directly or indirectly, the assets of a closed business that had, before closing, a unionized workforce presents a host of additional issues for the prospective buyer. Those issues are somewhat different than those discussed above, and are far too numerous, variable, and complex to address properly in a newsletter article.

1. The prospective buyer of assets must be cognizant of the special nature of those situations where the former owner had a unionized workforce before its demise, and is well advised to consult, at the beginning of the evaluation process, a seasoned lawyer experienced in the practice of traditional labor law.

2. Despite the complexities, with proper planning, advice, and execution, such purchases can be made to the benefit of the buyer. The fact that the former workforce was unionized should not, by itself, cause a buyer to shy away from an otherwise beneficial deal.