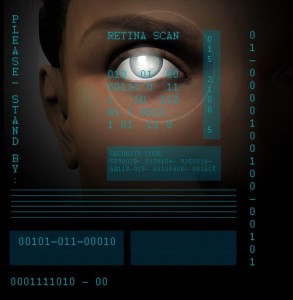 Iris scans, facial recognition, and fingerprint scanning are just some of the latest tools now available to local police.

Departments are gearing up with new high-tech, hand-held equipment to make their jobs easier. But, strong Constitutional challenges are likely brewing. They will center on your reasonable expectation of privacy as a U.S. citizen and the unreasonable search of your person without a warrant.

Be aware that if you give your consent, the police may conduct a search that would otherwise require a warrant. Schneckloth v. Bustamonte, 412 U.S. 218 (1973). When you haven’t given your consent, however, questions abound about the police’s ability to employ certain electronic data collection techniques. For instance, can the police scan your iris without a warrant? Is your biometric data protected by the Fourth Amendment? At what point have you consented or given permission to the collection of electronic data?

Although many of these questions are currently unanswered, there are cases that offer insight. In United States v. Jones, 132 S. Ct. 945 (U.S. 2012), a United States Supreme Court case that was decided last year, the Government had undertaken a lengthy investigation of Antoine Jones, a nightclub owner who was suspected of trafficking in narcotics. To aid in the investigation, the Government obtained a search warrant permitting it to install a Global-Positioning-System (GPS) tracking device on a vehicle registered to Jones’ wife. The warrant authorized installation of the GPS device in the District of Columbia within 10 days, but Government agents installed the device on the 11th day and in Maryland. In a unanimous decision, the United States Supreme Court held that the use of a GPS monitoring device on a vehicle without an adequate warrant was an unreasonable search and violated the Fourth Amendment of the U.S. Constitution.

The opinion in Jones is a thought-provoking one for anyone concerned about the civil liberties we enjoy. It is a significant decision that limits the power of Government to monitor our daily activities by electronic means.

It is interesting to note, however, that although they agreed with the result, the Supreme Court justices in Jones were divided on their rationale.

The Katz case became famous because of the distinction made on a questionable search. In Jones, however, Justice Scalia wrote that the Fourth Amendment was violated because the government trespassed on Jones’ private property — his car. Justice Alito, on the other hand, would have liked more proof that Jones had a “reasonable expectation of privacy” in his car before the search could be challenged.

Although this difference of opinion lends itself to uncertainty about the outcome of future cases, here’s the good news. A trespass by a Government agent is still a violation of the Fourth Amendment. Every person, in every walk of life, is assured that the Government will not be able to track our vehicles, or ourselves, any time for any reason.

With the further development of new technologies, there are many other kinds of electronic search devices that will soon come under scrutiny. Take, for instance, thermal imaging devices that “look through” walls of a house and see heat signatures of people inside and their movements. Ten years ago, the Supreme Court, in another opinion by Justice Scalia, held that looking “at” the exterior of a house without a warrant is perfectly acceptable, but revealing the “interior” of the house requires a warrant. Kyllo v. United States, 533 U.S. 27 (2001).

The last bastion of privacy is our home. Currently, the Government’s ability to search a house without a warrant is extremely limited. How will the Supreme Court rule on the newest devices that can penetrate into a home? And, what will the highest court say about iris scans, facial recognition, and fingerprint scanning? The answers to these questions are yet unknown. The Supreme Court decisions in Jones and Kyllo, however, are encouraging. They suggest that, regardless of the technology that is available to Government agents, U.S. citizens still have the right to expect that their property will be secure from unwarranted government intrusion, and certainly from trespass by the Government.