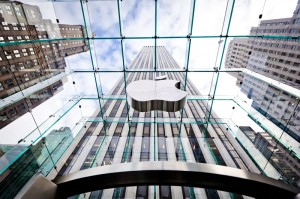 Samsung Blocked From Offering
Certain Phones For Sale In The US With a ruling in its favor at the International Trade Commission (ITC), Apple has emerged as the most recent victor in the ongoing, multi-front Apple vs. Samsung patent war that includes dozens of pending patent infringement lawsuits around the world. On top of this victory, Apple’s release of two new iPhone models has already resulted in nearly double the sales of previous releases, according to the New York Times Bits technology blog. Apple said on Monday it sold nine million new iPhones over the first weekend that the phones, the iPhone 5S and iPhone 5C, went on sale.

“This is our best iPhone launch yet,” said Timothy D. Cook, Apple’s chief executive, in a statement. He said the company had already sold out of the more expensive model, the iPhone 5S, but more shipments were on the way.

The article states that the sales figures apparently exceeded even Apple’s expectations. After announcing the numbers, the company issued updated financial guidance for investors. The company said that while it had previously forecast between $34 billion and $37 billion in revenue, it now expects revenue to be toward the high end of that range.

Last month, in advance of Apple’s victory in the ITC, President Obama exercised his authority to block the implementation of an earlier ITC determination from June 2013 that would have prohibited Apple from importing into the US some of its more dated offerings – including the iPhone 4 and some older iPad models. In June 2013, the ITC held that Apple had infringed one of Samsung’s patents directed to cellular data. Notwithstanding the ITC’s determination that Samsung had licensed its technology on fair, reasonable and nondiscriminatory terms, the administration made the decision to issue the first veto of an ITC product ban since 1987. Obama made the decision after considering the “effect on competitive conditions in the U.S. economy and the effect on U.S. consumers.”

Fresh off that victory at the hands of a presidential veto, the ITC also handed Apple a victory of its own last month when it determined that certain Samsung products infringed two of Apple’s patents – one directed to a headset plug detection system and the other directed to touchscreen technology. Although the ITC determination of infringement was based on older Samsung products like the Galaxy Tab 7 tablet, the ruling could prove to have an impact on phones currently offered for sale that use some of the same technology.

Recently, there has been an increasing trend of companies bringing their patent infringement concerns before the ITC because it has proven to be more amenable to banning the sale of infringing products, as compared with the more traditional federal courts.

To be sure, Samsung will be hard at work to release software updates to work around the Apple patents. But even if a workaround is not found, Samsung may be let off the hook if President Obama decides to issue another rare veto and overturn this ITC product ban order as well.